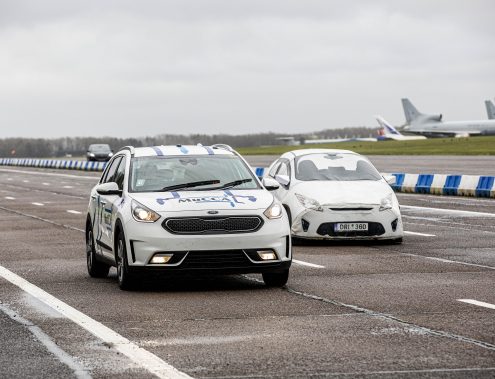 Vehicle to vehicle communication in MuCCA

The Multi-Car Collision Avoidance (MuCCA) project has developed a next-generation driver aid to avoid multi-car collisions on motorways with vehicles communicating and coordinating to avoid an incident. Vehicle to vehicle (V2V) communication is a critical part of the project and recent track testing proved MuCCA vehicles could successfully communicate and collaborate to avoid obstacles. By communicating their plans live, the vehicles were able to safely navigate around obstacles together. As part of the MuCCA project, Connected Places Catapult investigated the evolving technology landscape of Vehicle-to-Everything (V2X) communication, specifically V2V and this blog post summarises the findings. 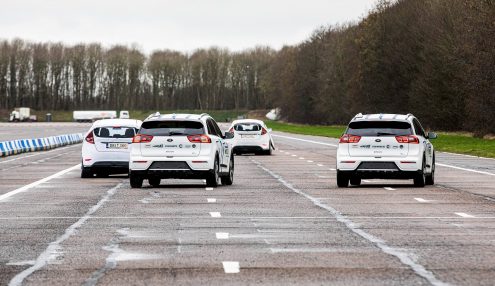 Figure 1 : MuCCA vehicles communicating and coordinate their manoeuvres on the test track

As an example of how fast V2X technology is evolving, when the MuCCA project started in 2017 there were two competing technologies for exchanging messages between vehicles. One was a version of Wi-Fi that was specific for V2X (802.11p) and the other was based on mobile telecommunications technology (Cellular Vehicle-to-Everything (C-V2X)). Now a new generation of technologies are on the horizon, again Wi-Fi based (802.11bd) and mobile telecommunications based (New Radio V2X (NR-V2X) based on 5G [1]). The area is evolving quickly and even firm commitments from automotive manufacturers to support one or other of the original technologies have been retracted since 2017 [2]. Two and a half years on, the V2X technology debate continues.

To test the MuCCA system on the track, a technology decision was needed. 802.11p was used due its relative maturity in automotive test applications and availability of equipment. 802.11p is one of the many features of the consortium lead partner IDIADA’s ADAS Platform Tool known as IDAPT. However, as far as possible, the MuCCA system has been developed to be independent of the communication technology used. This follows industry best practice of dividing communication architecture into layers, as seen in the well-known Open Systems Interconnection (OSI) model.

The 3rd Generation Partnership Project (3GPP) develops standards for the mobile telephony industry and has in recent years taken a keen interest in Vehicle-to-Everything (V2X) communication. They have identified a number of use cases for V2X services and defined requirements for the technology to deliver each service [3]. Of particular relevance to MuCCA are the “Emergency trajectory alignment” service (ETrA) and “Cooperative collision avoidance (CoCA) of connected automated vehicles” service, both of which overlap with the objectives of MuCCA. The requirements set by 3GPP are expected to align with the capabilities of 5G promoted by the same organisation. The lack of neutral, objective research in this area, while understandable given the size of the V2X market opportunity, makes drawing conclusions difficult but it is clear that a conclusion to this debate isn’t imminent. 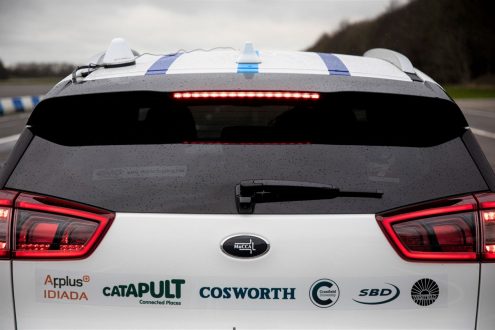 In addition to how information is communicated between vehicles, there is also the issue of what information to exchange and how it should be formatted. The MuCCA project aimed to use European Standard V2V messages from the European Telecommunications Standards Institute (ETSI) as the starting point for V2V communication. Custom extensions were then implemented where MuCCA required more complex message content or improved performance. These standardised messages are developed deliberately to be independent of the method of transmission and so can be used with 802.11p, C-V2X and even 802.11bd and NR-V2X in the future.

One message the MuCCA system has used is the Cooperative Awareness Message (CAM) which is standardised by ETSI in [4]. This message contains information solely about the vehicle sending the message and includes position, length, width, speed and steering wheel angle. This information is very useful for understanding neighbouring vehicles but relies on every vehicle being connected which is not expected in the short term. In order to make good decisions the MuCCA system must be aware not just of other connected vehicles but any obstacles in the local environment. A single Automated Driving System would do this with its onboard sensors but MuCCA aims to improve on this by sharing sensor information with other MuCCA equipped vehicles.

The CP in MuCCA is implemented using messages based on the ETSI draft proposals [5]. However, MuCCA considers more than just sharing perception information and looks to cooperatively act to mitigate critical situations.

The cooperative action in MuCCA is implemented using messages based on Manoeuvre Coordination Messages (MCM). These messages are being standardised by ETSI and have been developed in the TransAID project [6] which focuses on management of Connected and Automated Vehicle traffic particular in areas where transition from automated control to human driver control is required. The MuCCA consortium engaged with TransAID partners at the Intelligent Transport Systems World Congress in 2018. Subsequently the Manoeuvre Coordination concept was extended to suit the MuCCA application [7]. By engaging with the international community and using standard messages as a foundation for the MuCCA system the consortium is ensuring the future viability of the MuCCA system.

The MuCCA system has pushed the boundaries of what can be done in the real world to bring connectivity and automated control technologies together to avoid motorway collisions. So much so that the standardisation of V2V technology has lagged behind MuCCA progress. It is clear that the V2V landscape is still very much in flux but we commend the efforts of ETSI to define the format of messages to be transmitted via V2V independent of the transmission technology to avoid delays while a winning technology remains undecided. 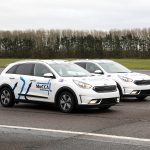 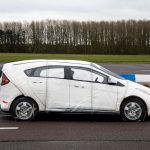 MuCCA and the Regulatory Environment
Scroll to top