MuCCA and the Regulatory Environment

The Multi-Car Collision Avoidance (MuCCA) project has developed a next-generation driver aid to avoid multi-car collisions on motorways with vehicles communicating and coordinating to avoid an incident. When developing an advanced system such as this, the focus understandably tends to be on the technical challenges.  However, looking forward there are also regulatory obstacles to bringing such a system to market that need careful attention. At Connected Places Catapult (CPC) we investigated the regulatory landscape of Automated Driving Systems (ADS) to understand this and share our findings with the rest of the MuCCA consortium.

As trials across the world are showing, ADS technology is developing rapidly, with test vehicles found in many cities. Developments are starting to feed down to production vehicles and push the boundaries of the existing regulations for production vehicles. Differences between the regulatory approaches in the European Union (EU) and the United States (US) are already impacting systems such as Tesla’s Autopilot which has been limited in Europe to comply with EU regulations while updated functionality has been made available on US models [1].Discussion around Automated Driving Systems often refers to the Society of Automotive Engineers (SAE) Levels of Driving Automation [2] but these levels are to help communication on the topic and not a reflection of any existing regulation. In fact, a MuCCA system aligns more closely with the definition of an Active Safety System [3], which does not automate driving tasks on a “sustained basis”. The MuCCA system is designed to intervene during incidents and compliment an automated driving system.

In EU regulatory terminology active safety systems are currently categorised by systems such as an Automatically Commanded Steering Function (ACSF) or an Automatic Emergency Braking System (AEBS). This is a level of detail beyond Active Safety Systems defined in SAE terminology [3] which only define systems as longitudinal or lateral intervention systems. The MuCCA system combines both longitudinal and lateral interventions, as well as elements of systems such as ACSF and AEBS.

In the EU a type approval process for safety regulations requires governmental approval of any new vehicle model prior to sale [4]. This contrasts with the US, where manufacturers are required to self-certify that they have complied with existing Federal Motor Vehicle Safety Standards (FMVSS). The federal standards have built up over time and the process for producing a new FMVSS begins, as outlined in [5], with either:

– Recommendation from another government agency.

In relation to automated driving systems, the United Nations Economic Commission for Europe (UNECE) has been actively working on updating regulations to reflect technological developments. The focus has been on specific features, such as Automated Lane Keeping Systems (ALKS) [6], rather than higher levels of autonomy. This regulatory approach protects against unproven technology reaching the market too soon, but it can also means that innovative technology can be delayed in reaching the market while regulations catch up. In the US it has been proposed in [7] that there are only two standards that would prevent an automated vehicle complying with FMVSSs as long as the vehicle was of a conventional design (i.e. has a steering wheel, pedals, mirrors etc.). This is supported by the National Highway Traffic Safety Administration (NHTSA) who themselves state [8]: 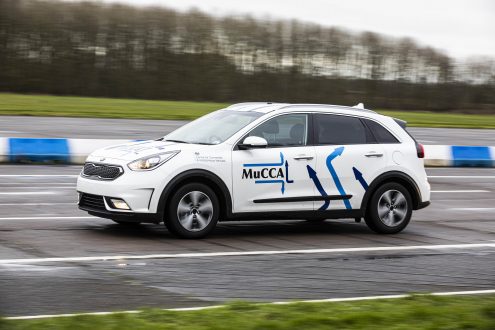 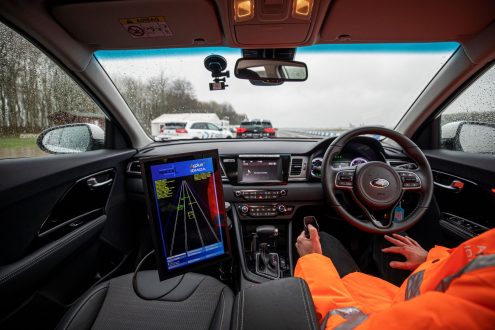 In February 2020, the United States NHTSA approved a low-speed vehicle designed without a driver to be exempt from three FMVSS requirements. This made headlines as the first dedicated driverless vehicle exemption. It is however noted in the exemption documentation that such a vehicle without a human driver could still have been compliant with FMVSSs but due to the particular design proposed by the manufacturer, exemptions were required. An application for exemption from a major automotive manufacturer is also under review by NHTSA, again due to the design of the vehicle rather than the planned automated driving functionality. It is clear from this that manufacturers are laying the foundations for automated driving functionality with altered vehicle designs while the functionality is developed in conventionally designed vehicles.

The UNECE have dedicated informal working groups (IWGs), including one for ACSF. This IWG has produced a draft regulation for Automated Lane Keeping Systems (ALKS) in early 2020 [9]. 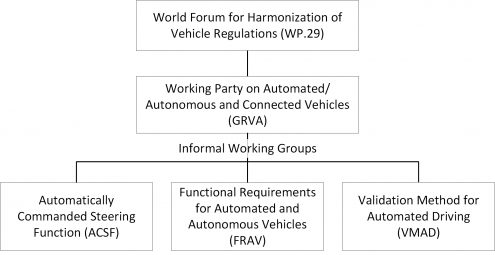 There are additional IWGs two of which are divided along conventional systems engineering lines, one looking at Functional Requirements for Automated and Autonomous Vehicles (FRAV) and another concerned with Validation Method for Automated Driving (VMAD). Using ALKS as the pilot system to develop requirements and validations methods for, the FRAV is due to produce functional requirements for ALKS in March 2020, with the VMAD due to produce corresponding validation methods in March 2021. It is anticipated that this process will be followed for further Automated Driving Systems. It is noted however, that while Cyber Security and over the air software updates are covered in one IWG, connectivity as an integral part of an ADS (such as in MuCCA) is not reflected in the structure of the informal working groups. The remaining IWGs are Automatic Emergency Braking and Lane Departure Warning Systems (AEBS/LDWS), Modular Vehicle Combinations (MVC) and Data Storage System for Automated Driving / Event Data Recorder (DSSAD / EDR).

As systems like MuCCA mature and show what technology is capable of, it is critical that there is engagement with regulators. This engagement will inform the development of future regulations to ensure that as the technology moves towards production readiness, regulations are such that compliance can be demonstrated, and systems ultimately approved.

Footnote: CPC have been supporting the UK Department for Transport over the last few years in their engagement with the UNECE working groups in this area. 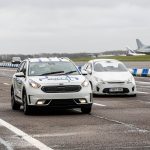